Kinkajou: So what is the next Enneagram Types?

Erasmus: The enneagram types are numbered one to nine. I’ll briefly summarize what I believe to be some of their characteristics in the Ennegenes (enneagram gene) model for an enneagram four”. Now remember, other authors may have a slightly different point of view, because my view is based on what I believe the underlying genetics of the people involved are. If you have a particular gene, you will act in a way that a particular gene will program for you.

A Unique Officer: going to get it done.

They see life as black or white, not as shades of grey. Things are either great or awful. There is nothing in between. They have a knack for saying or doing, even when they don’t seem fully committed to  what they are doing. It is nothing for a four to show anger and rage, and then laugh when confronted by the foolishness of what they are doing. Fours love being stroked, petted and rewarded. 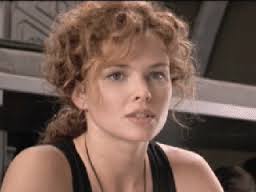 Recognition drives a four like no other force. For a teacher to say, wow, you’re really good at that, makes a “four’s” day. It makes them unique . They rapidly begin to associate themselves with this perspective. It makes them “special” as well . The secret to a four is recognition and praise. Also not to lose it when they oscillate between their extremes of behaviour, to recognize that it could just all be a behavioural “act’. “Fours” have drive. They are fast deciders and fast doers. The things they say and do could perhaps have been more considered before being done- but that’’s not what being an enneagram four is all about."Do it now" may well be the motto of the four. Once a decision is made, action rapidly follows.

They make  definite adjustments in their thoughts and have a goal of perfection. Consequently they have at least in part some facets of the enneagram one. And just like their gene relatives-the one and the eight, they are capable of taking very definite stances on many issues – oft with low input.

I think the stereotypic enneagram four can be seen in enneagram women. Oestrogen as a hormone in women is known to create a level of irritability. Combining this with the gene state of an enneagram four creates a certain level of flip, speed and drive – creating the four stereotype.

Kinkajou: Ah! It’s all in the genetics. But there are hormones as well!

Erasmus: Back to the Enneagram Behavioural Types: Problem Behaviours

Enneagram “fours often have contrary attitude to their significant others. They decide they don’t want the person with whom they have a relationship, and then can decide they want that person back when they leave. It gives a push / pull effect on a relationship: pull in/ push away.

The enneagram gene theory gives a different perspective on this behaviour. It is not that they do not want a partner. It is not that they are pushing them away and then pulling the back. They simply reacting to small “micro” events in their environment – the consequences being “hell what may”.

Enneagram “fours” tend to look at things as extremes. Things are either fantastic or they are shit. There is often no in between.

None of these behaviour patterns help to maintain the longevity of a relationship. So knowing the enneagrams helps you to gain insight into your own emotions and behaviours and that of your partner. It may give you a chance to break the destructive cycle.

If you cannot see what you are doing to trigger the behaviour, in short how the other person may be perceiving your actions, you will be in for a rough ride and a short relationship. 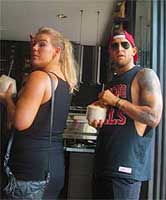 Imagine working with the enneagram four. Small things you say and do can create instant forceful adverse reactions especially where there may be seen to be the slightest intent for criticism.  You can very rapidly get an enneagram four -offside. This situational again shows the “square peg” in the “round hole” scenario, of personality problems. Workplace conflicts occur when the wrong personalities are juxtaposed and transference begins between the co-workers when they begin blaming each other for the “deliberate” problem behaviours.

(Juxtaposing an enneagram eight with other personalities in the workplace is probably the most traditional and obvious conflict scenario that occurs in a workplace. Eights just do, often without considering their effect on others. Other people hold back their criticism and feedback in an attempt to make peace – a situation which just irritates the eight, who would rather know exactly where they stand.)

Enneagram theory can help to break this cycle. Enneagrams give you a tool to understand yourself and others. Once you begin to understand how automatic these behaviours are, behaviours that we see as bad behaviour from other people , our acceptance of their “bad” behaviour begins to change somewhat. Behavioural problems in the workplace begin to trouble you a lot less than previously. You don’t get annoyed. It’s not their fault. They can’t help themselves. It’s just how they do things.

Automatic but sensible behaviour: call of nature in the Brisbane bush.

Kinkajou: What are the limitations of Enneagram?

Erasmus: Enneagrams predict a lot of behaviour that other people engage in. They don’t however predict everything. Some enneagram “eights “ or “ones” can be quite endearing. Others quite unpleasant.

Other receptors such as dopamine receptors, cannabinoid receptors, and even other subtypes of histamine receptor may be found to be important in years to come ,when we understand the genetic underpinning of behaviour.

Fours seek unique and are not afraid to just go and do it.

Significant others such as parents will also impact on behaviour considerably. Who your parents and your siblings are within the enneagram makes a huge difference to your behaviour. You become very trained to cope with other people’s behaviours. And in your later life, unsurprisingly you may prefer to deal with the people whose behaviour you understand and are most familiar with.

Kinkajou: We all learn facets of behaviour from other personality types by exposure throughout life, and we often use these learned behaviours because we see that they work.

Erasmus: My friend’s four daughter would rarely dream of arguing with her “three” father. He is bigger and meaner than she, and will stick to his guns no matter what. However, if you play lovey dovey and plead and beg, chances are he will give in and give you exactly what he wants.

A unique young lady. Fours are not afraid  to get out and get their hands dirty.

My friend’s four daughter has learned that if she wants something from her “nine” mother, cranking up the volume will usually eventually get you what you want. The behaviour is unpleasant and it works, just not on her “three” father.

Kids learn what works in interpersonal relationships by watching their parents and by experiencing those interactions themselves. People can and do learn alternate behaviours from others and can often incorporate these behaviours into their lives

The colour or flavour in personalities is what makes the personal journey through life so difficult for us all. We see. We learn. We change. We grow.

In the genetic theory of enneagram’s, “fours” are people who possess both slow histamine and fast noradrenaline genes. (These genes can affect either the brain receptors or brain pathways). 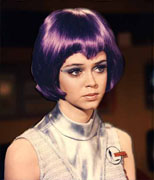 Does your hair change colour when stressed in unique circumstances?.
A soldier from the future.

Now it gets interesting when you consider what happens in stress. If an enneagram one was placed in a stressful situation, you could imagine they would have very heightened noradrenaline levels. And guess what - the enneagram says that an enneagram one will stress to the enneagram four picture. Intuitively, the enneagram gives us a picture which matches our very common basic human experience.

So you can start to see picture evolving of the enneagram four as being a high energy stressed variant of the one – with higher awareness, higher drive and energy, focused on a reduced option intellectual threshold.

Fours are the product of the genes. Energy genes and deciding genes.

This may be the basis for the observation that “fours” live life at the extremes of their emotional spectrum. Traditionalists argue there is a tendency to swing between depression at one extreme and hyperactivity at the other. Traditionalists say that fours can be very intense. They imply that fours need to hold their feelings back because their passions and drives are so strong. Again in the genetics theory, the combination of energy genes and deciding genes make it easy to live life at the extremes, make it easy to swing from one end to the other end of their emotional behavioural spectrum, and make it easy to lapse between depression and hyperactivity.

All this focus on depression as an aspect of a personality, surely must be something that evolution has not developed.

The presence of depression suggests a significant component of another causative agent in people’s lives. Dr XXXXX has suggested that the Paill spectrum of illness is a major agent damaging peoples’ brains and taking away happiness. Depression need not be a natural state of four. Depression is more likely to be a natural expression of illness. As such it can be treated and removed. Fours are not more likely to become depressed than any of the other enneagram personality types. They are more likely to swing up and down emotionally and to swing from a decision to another decision. Fours are not tragic or romantic characters. They human beings with simple basic drives based on the genes they have inherited.

Rely on an enneagram four for action decision and energy, responding quickly and insightfully to the basic needs of the situation. 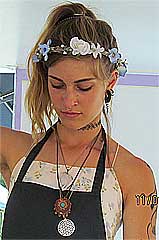 Fours are not afraid to get out and go and get to work.
Energy and Drive but unique.

Erasmus: Fours need understanding and tolerance :
their drive and power demand you not stand in their way. i wonder how many of the Germanic tribes of late Roman times had a "four" legacy. Every Little bit helps. If you want answers , help us to get them for you. Erasmus & Kinkajou need support if they are to keep bringing information to you online. Please donate.